History of the museum

A BRIEF HISTORY OF THE MUSEUMS OF PÉCS AND BARANYA


The turn of the century

In Hungary, only after the Compromise, in the last decades of the 19th century, museums could be born in rural towns as well. On April 25, 1899, the General Assembly of the City of Pécs passed a resolution on the establishment of a city museum and library. The first permanent exhibition of the Pécs City Museum opened its doors to the public on November 27, 1904. The head of the institution was Arnold Marosi, a Cistercian monk and teacher. The five professional departments (library and collection of documents; Department of Archeology-Numismatics and History; Department of Fine and Applied Arts; Department of Ethnography; Department of Natural History) started operating, and the enrichment of the collection has become a daily task since then. From 1909, Ottó Szőnyi was also a Cistercian high school teacher and archaeologist, replacing Arnold Marosi as museum director.

Between the two world wars

The first permanent exhibition of the Pécs Museum was opened in 1919, the new permanent exhibition may have been established in 1922, and a year later György Fejes became the acting director. In 1933, the museum, which already took the name of Imre Majorossy, moved to Rákóczi út 15. In 1939, archaeologist Gyula Török became the head of the institution.

After the Second World War – the Janus Pannonius Museum was established

In January 1951, the country's museums were nationalized, and then their work was carried out under central ministry control. The Pécs City Museum and the Baranya County Museum were merged, and the institution was named Janus Pannonius later this year. The new museum organization then operated archeology, ethnography and science departments at three locations.

In 1951, János Dombay replaced Gyula Török in the position of director. At the end of this year, the permanent exhibition of the Department of Natural Sciences was opened in a new building, and in the same year the collection of the Zsolnay factory was also managed by the museum. The Romanesque Stone Store was opened in 1952; In 1956, the museum's yearbook series began its journey. In 1957, Academician Pál Gegesi Kiss dr. donated a significant collection of modern art of almost 350 pieces to the museum, and the Modern Hungarian Gallery was created from this material.

On July 1, 1958, the Baranya County Regional Museum Organization, which brings together all the county museums, started its operation under the name of the Museum Directorate of the Baranya County Council. The members of the newly established organization were the Janus Pannonius Museum in Pécs (JPM), the Dorottya Kanizsai Museum in Mohács, the Miklós Zrínyi Museum in Szigetvár, the Komló Museum, and then the Siklós Museum Exhibition opened in 1961. János Dombay was appointed director of the county museum organization.

In July 1969, from Imre Dankó, Sarkadiné Art historian dr. Éva Hárs took over the management of the Baranya County Museums Directorate. Outstanding results have been achieved in the field of collection growth; s temporary exhibitions were organized in Pécs for the first time from the works of Victor Vasarely and Amerigo Tot. In 1973, the permanent exhibition of Tivadar Kosztka Csontváry opened. In 1975, the museum opened two new permanent exhibitions: the Jakovál Hassan Museum in Pécs and the Lajos Fülep Memorial Room in Zengővárkony. The permanent exhibition Sculptures of Amerigo Tot and the Uitz Museum have opened; then in 1979 the Martyn Ferenc exhibition as well.

From the ’80s to the turn of the millennium

In November 1983, Sarkadiné dr. Éva Hárs's successor was appointed public education specialist In the person of dr. Jenő Ujvári, a history and geography teacher. The number of permanent exhibitions continued to grow at both city and county levels. Since 1985, the Pécs City History Museum, the Modern Hungarian Gallery I (1900–1950), the Modern Hungarian Gallery II, the Uitz and the Nemes Endre Museum have been welcoming visitors. In 1986, the Early Christian Mausoleum of Pécs was handed over. The exhibition entitled Pasha Memi's Bath and the Faience Collection in Kütahya and the Ferenc Martyn Museum were opened. In 1998, the Museum Gallery, which houses museum period exhibitions, was established.

Jenő Ujvári in 1993 dr. He was followed by archaeologist István Ecsedy in the chair of the county museum, who held his office until 1998. In 1998, The historian-museologist dr. Zoltán Huszár was elected county museum director by the General Assembly of Baranya County Local Government, whose mandate was confirmed in 2003 for another five years.

After the turn of the millennium

In 2001, the Modern Hungarian Gallery II. (1955–2001). The early Christian cemetery in Pécs was inscribed on the UNESCO World Heritage List in November 2000.

In 2007, Art historian dr. Julia Fabényi has been appointed museum director. The Pécs 2010 European Capital of Culture program has brought significant changes in the life of museums in Pécs and Baranya. About 200,000 visitors were curious about the various events related to the infrastructural developments that started in the preparatory years of the ECOC. Renovated within the framework of the EKF, Káptalan u. The permanent exhibition of the works of Ferenc Martyn, Amerigo Tot, Endre Nemes, Zlatko Prica and the International Collection of the Modern Hungarian Gallery was open to the public in the building below.

As of January 1, 2013, the Local Government of Pécs City became the maintainer of the Baranya County Museum Directorate, and since then the name of the institution has been Janus Pannonius Museum. The maintainer entrusted Judit Walterné Müller (former deputy director) with the management tasks related to the management of the museum. Archaeologist dr. Boldizsár Csornay will continue as the appointed director.

JPM, meanwhile, took over the operation of the Mecsek Mining Museum, which was maintained in Sopron until 2013, and the following year opened the Parajmos - Roma Holocaust and the Ferenc Lantos exhibition at the Vasváry House on Király Street. 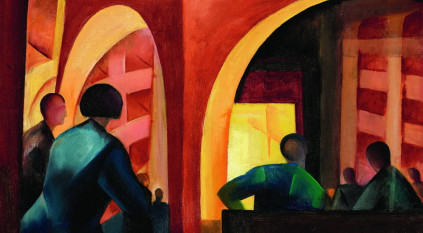 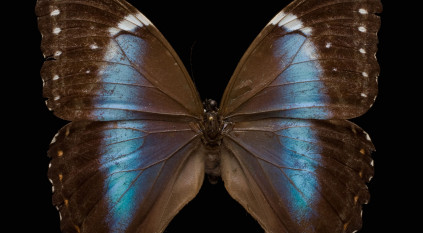